The Buddy-Girl blog is our place to talk graphic design, express our opinions, thoughts, new creations, Buddy-Girl Greetings upcoming events, design tips and any personal or random thoughts that we might have. We would love any and all feedback and comments anybody might have for us and I hope you enjoy reading our blog.
We are located in - Kitsap County, 98312

I will try to update my blog as often as I can. Fair warning, I love to write, but I'm a horrible typer and my grammar skills are even worst (worse). So my apologies way in advance, Sorry! Which is actually a very common trait in most graphic designers and artists.

Ongoings with Helena and BGG: An Long Overdue Update!

Hey all, I know it's been months since my last posting, I've be doing a lot of stuff and as you also know I can get lazy, I also forgot about blogging for awhile. But I'm here for now, so much as happened, one of my best friends got engaged and married in the 3 months I haven't been around, I was the maid of honor (it was also my first wedding ever). I designed the wedding invites, the table tags, the shower invites and help planned parts of it, it was fun and hard, so much goes into a wedding, I so don't want to deal with another anytime soon. I became a new aunt for the 3rd time, I know have 3 lovely nieces Deja, Louvinia and Raylin. 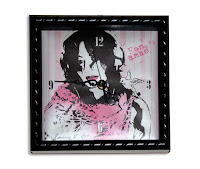 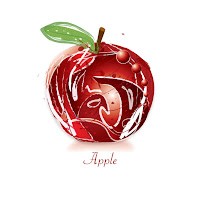 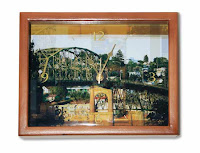 I've been applying for a lot more jobs lately, I really need steady work, I had few call backs and job interviews, but no one wants to hire me (I'm working on my interview skills, just in case that's the reason why). I'm still working on Buddy-Girl Greetings, I got 3 new art prints, the 2011-2012 Kitsap Calendar and a model shoot done, plus I now offering limited edition Quartz Wall Clocks. I got a new assistant as well and the Blackberry Festival as come and gone.

So, all-in-all I'm doing okay just living life and trying to make it through.

Please let me know, when you find spelling or other grammar errors on my blog, so I may fix them right away. Thanks. Helena

Sites of Interest to Helena

Buddy-Girl has the experience, dedication and resources to design, photograph and produce all your marketing needs.

My All Time Most Popular Postings!

"Animals in the Wild" Series

And, be sure to check out my older postings!

Submit your site in a website directory for free! This business is listed under Digital Directory

Check Out, My Products at buddygirlgreetings.com